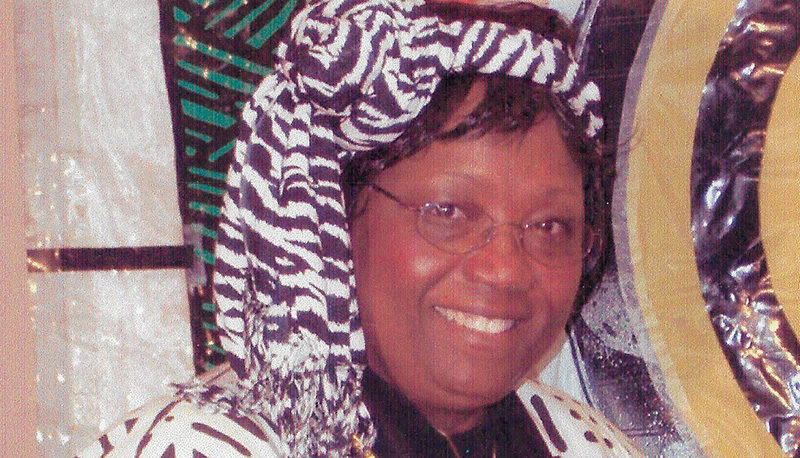 Once upon a time, there was a fascinating woman who loved to tell stories. She’d read aloud from books, raising and lowering her voice as the story dictated, switching voices as the characters changed. Sometimes she’d recite stories from memory – folk tales, ghost stories, historical stories and more – exciting her audiences with gestures and sound effects to accompany a voice that demanded attention.

Jean Pouncil-Burton loves introducing children to the powerful medium of stories, as told in books and in the oral tradition.

“I love to tell the stories so profoundly that the audience can see the characters and not forget them,” said Pouncil-Burton.

But it’s her story that deserves to be told, according to her nomination for February’s Everyday Hero award.

Twenty years ago – after spending more than three decades as a Wichita public librarian – Pouncil-Burton founded the Wichita Griots: Keepers of the Stories. It’s a group of about a dozen storytellers who preserve the art of storytelling and the spoken word by presenting programs at schools and other organizations to tell stories, teach character education and promote literacy. Griots is a West African term used to identify storytellers and musicians. The Wichita Griots are one of 15 affiliates of the National Association of Black Storytellers.

The Griots also hold local storytelling workshops throughout the year and a summer cultural arts camp for Wichita youth where “kids use their imagination to grow,” said Pouncil-Burton. During the weeklong arts camp, students ages 6 to 16 are exposed to a variety of arts – from drumming to dancing to reading and drama. The camp culminates in a major production staged by the kids to showcase the talents they acquired.

Pouncil-Burton has had a a lifelong love of books and words, encouraged by her mother and a specific teacher from her youth, Ms. Mildred Robinson.

“Laura Ingalls Wilder’s books held me hostage for hours on end,” recalled Pouncil-Burton. She later discovered the books and poems of African-American writers Langston Hughes and Paul Laurence Dunbar. She still loves being transported to different places and learning about the characters she finds between the covers of a book.

As a librarian, Pouncil-Burton enjoyed encouraging youth to discover books, as well. As the manager at the Maya Angelou Northeast Branch Library, she would often recommend books to children to read while they waited their turn to use the library’s computers.

“The next thing you know it would be time for them to use the computers but they’d be in the stacks, reading,” she said. She would then encourage them to check out the books to continue their reading.

“I was so inspired when I saw that,” she said, of turning young children into readers and public library users. Her storytimes also gained in popularity, leading many parents and teachers to ask her to come to parties or classrooms to share her enthusiastic readings.

“When I retired early, I thought, ‘I can’t leave those kids. I love encouraging them and turning them into readers,’” she said.

So she founded the Griots in 1998. Pouncil-Burton said the Griots reach about 24,000 people each year through presentations, programs and community events.

The Griots’ summer camp, now in its 14th year, outgrew its original location at North Heights Christian Church and is now held at the Wichita Urban Preparatory Academy, based in the former Mueller Elementary School. Grant funding – from organizations such as Westar Energy and local arts groups – helps keep registration to an affordable $30 per child, with sibling discounts, for the 40-hour camp, Pouncil-Burton said. A grant from the Wichita Community Foundation and the Wichita Wagonmasters Fund will provide scholarships for six students this year.