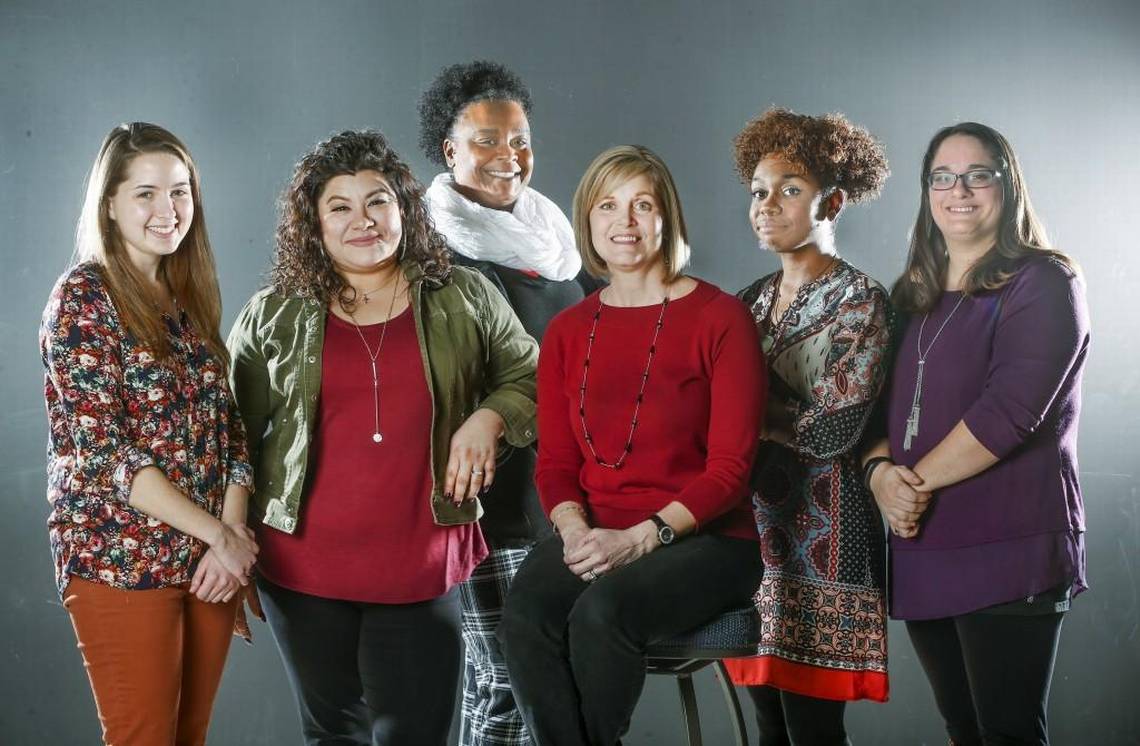 The Difference Maker for Wichita Awards were created to recognize individuals and organizations making a positive difference and to celebrate their contributions and positive influence on improving the greater Wichita community.

The awards were open to individuals and organizations in the Greater Wichita region, including Sedgwick, Butler, Harvey, Cowley, Reno and Summer counties.

The winners were chosen from among 20 applicants. A five-member judging committee, chaired by Jim Korroch, president and CEO of AG Holdings LLC, made the final selections.

Here is a brief description of whom the awards were named for.

The award is given to “an individual who is making a positive impact in our community through demonstrated excellence in leadership and outstanding initiative to create solutions for critical issues facing the Greater Wichita Area.”It is named for Russ Meyer, chairman emeritus of Cessna Aircraft, who has led many campaigns and supported countless others to make Wichita a better place to live.Included in those projects are Meyer’s efforts in the development of the 42,000-square-foot complex for the Boys and Girls Club of South Central Kansas and his support of several GraceMed Health Clinics, including the newest one near the South YMCA.Meyer – chairman and CEO of Cessna from 1975 to 2003 – also created Cessna’s 21st Street Training Program, which became a national model for jobs training, and the Citation Special Olympics Airlift, in which hundreds of Cessna Citation owners transport athletes to the national games.Meyer and his wife, Helen, have led and donated to many causes in Wichita supporting children, education and the arts.

The award is given to “a mission-driven, not-for-profit organization that is creating a significant impact on our community.”It is named for Sister Tarcisia Roths, a Newman University graduate and former president of the school.Known as “Sister T,” Roths became Newman’s president in 1991 and helped push it toward the 21st century. She helped grow enrollment and faculty, add new academic programs and build new campus facilities, increasing the school’s visibility in the community.Two successful capital campaigns led to the construction of facilities that changed the look of the campus, including Eck Hall, the O’Shaughnessy Sports Complex, the Mabee Dining Center and Beata Residence Hall.She also changed the school’s name from Kansas Newman College to Newman University in 1998 to reflect its increasing role.Roths is a member of the Adorers of the Blood of Christ, the order that founded the university as a teachers college in 1933.

The award is given to “a high school student who by example has demonstrated a selfless and giving attitude to positively transform society.”

It is named for Brian Bergkamp, a 24-year-old seminarian who drowned last summer while trying to rescue a fellow kayaker who had fallen into the Arkansas River.

Bergkamp had safely maneuvered past a dam near 21st Street when he noticed that another kayaker had fallen in and was struggling with the rushing water. He went back to help her before also falling in.

“Brian was a servant of the Lord, doing the work entrusted to him,” Andrew Bergkamp, his brother, said during a memorial service last summer.

Brian Bergkamp was from Garden Plain. He was preparing to enter his third year of studies at Mount St. Mary’s Seminary in Emmitsburg, Md., when he died.

“He put others first; he truly, truly did,” said Jan Haberly, director of the Lord’s Diner, where Bergkamp worked as an intern.

A fellow seminarian remembered Bergkamp for his devotion to his friends and his faith.

“Probably one of the most selfless individuals that I’d ever met,” Jimmy Schibi said.

The award is given to “an area business that is making a positive impact on our community by pioneering efforts to address a major community challenge or by implementing ideas which enhance opportunities for employees and positively impact our community, through the creativity and innovation employed.”

It is named for Marshall Murdock, who founded The Wichita Eagle in 1872. It is one of the city’s oldest businesses and remains the largest news organization in Kansas.

Murdock was an advocate for the city’s growth, helping to persuade the railroads to come through Wichita and encouraging settlers to come live in the “Peerless Princess of the Plains,” a nickname he coined.

Later, his newspaper boosted a fledgling aviation industry and touted Wichita as the Air Capital of the World. The Murdock family and the newspaper helped fund and advocate for the Wichita Art Museum, Old Cowtown Museum and other city institutions.

Two foundations connected to the Murdock family and the newspaper have provided millions in funding for a variety of nonprofits and causes in Wichita.

The award is given to “an individual, who through outstanding volunteer community service and commitment, is making a measurable difference in our community.”

It is named for legendary Wichita volunteer Ivonne Goldstein. She served on the boards of or raised money for more than 50 organizations, including nonprofits, civic groups, the arts, Wichita State University and Temple Emanu-El.

“When the history of this city is written, and you talk about people who loved this city and answered its call, Ivonne will be among the very few at the top,” former Wichita Mayor Bob Knight said after Goldstein’s death in 2009.

“I think that what she really wanted was to help the community in any way she could,” said one of her daughters, Andrea Stras. “And in doing that, she could never say ‘no’ to a request to help, and she could never take ‘no’ for an answer.”