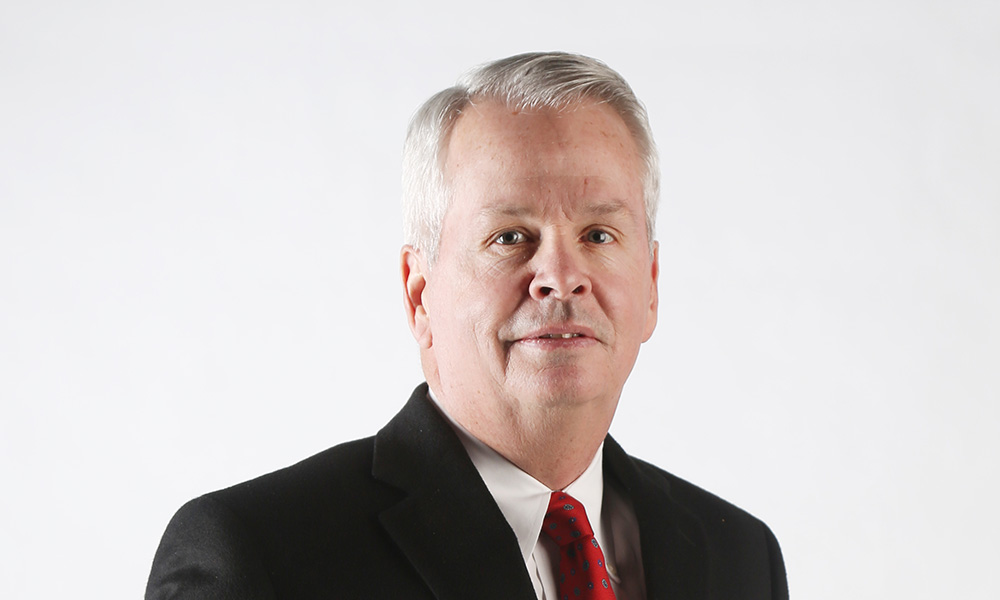 Mullen considers himself lucky in both respects.

“Some of us lead a very sheltered life,” says Mullen, the president of Ritchie Associates, who became active in the Lord’s Diner a decade ago. “I’m one of them. There’s just so much joy in helping people, watching people come up and get a meal and see the smile on their face. You know you’re actually doing something.”

Mullen grew up in Hutchinson, earned an accounting degree from Kansas State University and worked as a CPA for three years before going into the real estate development business with Jack and Dave Ritchie. Today he and Jack Ritchie are partners.

Their company has transformed east Wichita, creating dozens of developments with thousands of homes in them over the past three decades. Tallgrass, Wilson Estates, Lakepoint, The Waterfront, Garden Walk … the list goes on, literally, with the company’s newest developments, Brookfield and Firefly.

As good as he is with numbers, Mullen’s real satisfaction comes from seeing his company take an empty landscape and fill it with a thriving neighborhood, using as much of the landscape’s creeks, woods and natural features as possible. Maybe it’s a link to his father, Robert, an architect and artist.

“We feel like our model of neighborhoods have changed the way Wichitans think when buying a home,” Mullen said.

Mullen has not joined many boards through his life. He describes himself as direct, driven and not inclined to talk situations to death. However, he accepted an invitation to join the board of the Lord’s Diner in 2009, after the recession left him with a little time on his hands. He helped the organization expand from its original site on north Broadway into a second location in south Wichita and three mobile food trucks, increasing the number of meals served daily from about 500 to 2,500.

Twice a month, he dishes up food at the truck parked at the Atwater neighborhood center in northeast Wichita. On those nights, he says, he’s just one of 6,000 volunteers from all faiths and backgrounds who pitch in to make the Lord’s Diner work.

He recently left Lord’s Diner board and joined the board of Catholic Charities. True to his nature, he plans on doing more listening than talking while he figures out where he can do the most good. He’s also been active in developing the Stryker Soccer Complex in northeast Wichita and helping Kapaun Mount Carmel, which his children attended, build a new gym.

Mullen said any success he’s experienced would have been impossible without his partner, Jack Ritchie, and his wife of 43 years, Nancy, another K-State Wildcat with whom he has four children and six grandchildren.

“I like to believe that my family and company have made Wichita a better place,” he said. “It’s a team effort. It’s not about me.”