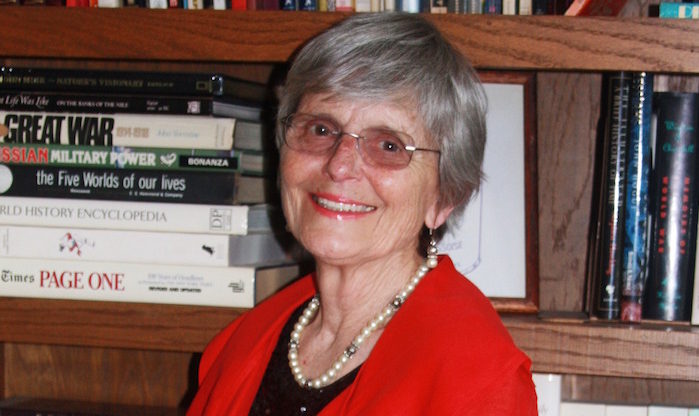 Madeline Akers has been volunteering for more than 35 years with the Wichita Fellowship Club, a nonprofit that helps people become and stay sober.

It’s a path she’s familiar with. Akers, who has served as the group’s president for a decade, said for years before she sobered up, she “was one of those functioning alcoholics, but then I started missing more Mondays at work.” A health scare and going to Alcoholics Anonymous meetings helped her achieve and keep sobriety.

Founded in 1966, the Wichita Fellowship Club provides an alcohol- and drug-free residential facility for both men and women who want to become sober.

“What we do is very simple – we give them tough love,” said Akers. “We are there to help them change their lives and to get better. We become their sobriety family.”

Initially, WFC accepted only men at its facility. Ten years ago, when Akers became president, the facility opened a separate wing with room for up to seven women. Akers is a sponsor for the women clients.

WFC also provides space at another location for AA, Narcotics Anonymous and Cocaine Anonymous meetings and has a 80-acre recreation club facility, called the 101 Club, where it hosts bingo and other sober activities. The 101 Club is where they show clients how to have fun without alcohol or drugs, Akers said.

Akers said the more than 40 or so residents at the WFC house are encouraged to stay for at least a year. The residents get room, board, three meals a day and support 24/7 at a cost of $100 a week.

While her position running the WFC is technically a volunteer position, Akers said, “I work every day of the week.” Her second bout with lymphoma last year, shortly after retiring from a 54-year career in accounting, slowed her down for a while until she recovered, she said.

She also spearheads the organization’s fundraising efforts. WFC is supported by private donations. Recently it received a $300,000 challenge grant from a donor, who wishes to remain anonymous, so she’s helping raise the $100,000 required to get the grant.

To find out more, visit wichitafellowship.org.