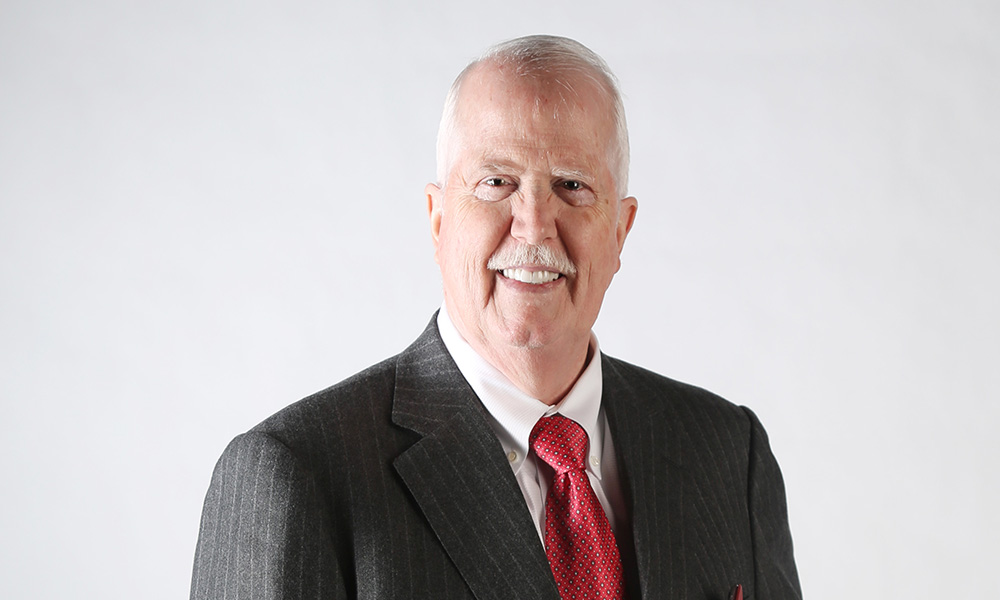 Don Barry loves the public libraries he grew up with – depositories of so much knowledge, free for the public’s use. Still, he can’t wait for a new kind of library – Wichita’s $33 million Advanced Learning Library – to open this spring.

“It’s like the old library is a dial phone and the new library is a smart phone,” Barry, chairman of the Wichita Public Library Foundation, says. “You know the difference.”

The opening of the Advanced Learning Library is sweet for another reason, too: It’s been a long time coming. “I can’t tell you,” Barry says of finally seeing it happen. “Luckily, I’m at the stage where I’m past crying.”

If he wasn’t, they’d be tears of joy. Barry was first appointed to library’s board of directors in 1980. At the time, he was working as a machinist at Boeing while studying at Wichita State University. He’s worked as a financial advisor since 1981 and is now a managing director at Baird.

Barry is the 2018 recipient of the Ivonne Goldstein Award for Community Volunteer.

Barry was library foundation board president in the mid-2000s, when a study recommended that a new library be built across McLean Boulevard from Exploration Place children’s science museum, creating a kind of educational district along the Arkansas River. Then he watched as the recession and politics delayed the groundbreaking for another decade.

Barry left the library board but remains a member of the library foundation’s board, which raises funds for the institution.

It’s fitting that Barry should be named the Ivonne Goldstein Award Winner. He first got to know her while both were serving on the board of Interfaith Ministries in the 1980s.

“She was an extraordinary community volunteer, that was basically her career,” Barry said. “The symbolism of a Catholic college giving a Protestant an award for community service named after someone of the Jewish faith would not be lost on her.”

He first became a fan of the library in junior high. “My wife (Lora) likes nonfiction, 800-page biographies of Alexander Hamilton. I like spaceships – fiction. I get enough real life in my real life.”

From city officials to the library staff, members of its board and volunteers, Barry called the realization of the Advance Learning Center “an extraordinary team effort.” The new library, located at 711 W. 2nd, features a 10,000-square-foot children’s area, 100 computers, a coffee shop and several community meeting rooms.

“Wichita has this rich history of being against things until they have it – the Big Ditch, the (new) airport, the arena,” Barry says. “They’re going to be amazed by the library.”