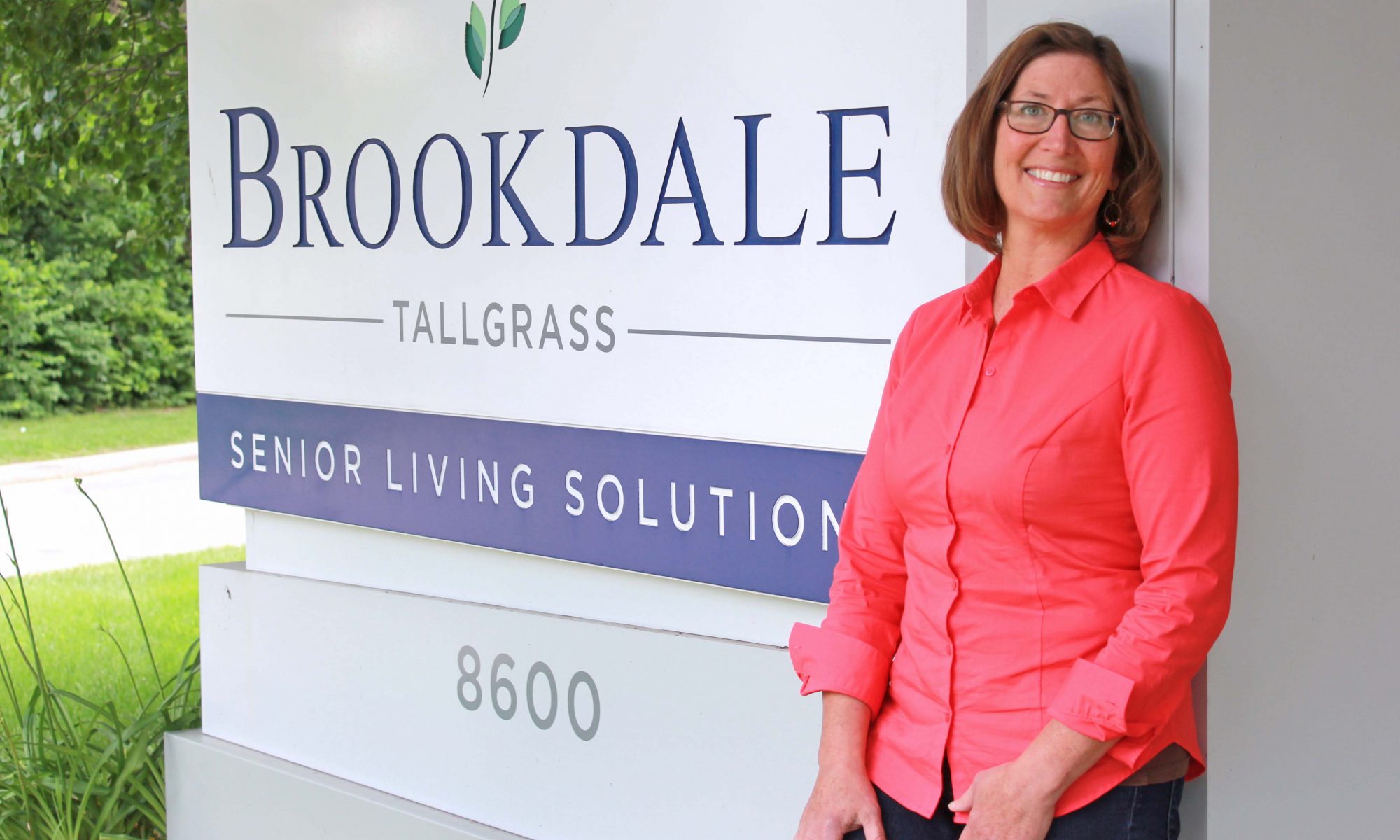 Just before the show, cast members warm up their voices and make final adjustments to their costumes, while audience members make their way to tables in the brightly lit hall. Slowly, the hall quiets down, as people take their seats in eager anticipation for this special treat — dinner and a live performance of a popular Broadway musical.

Sound like a typical night at your local dinner theatre? Not exactly. Janelle McGee performs for the residents at Brookdale Senior Living.

In this case, the audience members are residents of Brookdale Senior Living in Wichita. The hall is the dining room at the facility. And the musical is performed by one woman, Janelle McGee, with piano accompaniment and backup vocals by her husband, Dean.

And while this one-woman/one-man show may lack the spectacle and scale often found in musicals along the Great White Way, the audience is captivated nonetheless by the magic the McGees create.

“You couldn’t find a more appreciative audience,” Janelle McGee said. “They clap and sing along. And I love to see their eyes light up.”

That’s why Janelle, an RN in the Adolescent Unit of the Via Christi Behavioral Health Center, and Dean, owner of McGee Kinesiology, have done six shows at Brookdale over the past year — to bring some happiness to residents who are otherwise unable to enjoy such performances.

“These people can’t get out to the theatre anymore, so it’s fun to bring it to them,” Janelle said. “I think every individual at every stage of life is valuable, and the elderly still have so much to give. I want to give something back to them.”

To bring the shows to Brookdale, the McGees take a creative approach to their productions.

“I take the script of the theatre production and make it into a narrative, and we do the songs where they come up in the story,” Janelle said. “Because we don’t have a full cast, I do all the female parts and Dean does all the male.”

The McGees draw from their musical backgrounds to do the shows. Janelle performed in musicals in high school and college, and both she and Dean appear in musicals and sing in a praise group at their church. The McGees use minimal props, and costumes saved from previous shows they’ve done or items purchased at second-hand stores.

Using this method, the duo has performed such Broadway favorites as “The Sound of Music,” “Les Miserables,” “Oklahoma,” “South Pacific,” “My Fair Lady” and, Janelle’s personal favorite, “The Phantom of the Opera.”

“It was fun just to watch their eyes get big when I hit the high operatic notes,” she said. Janelle McGee poses with her mother-in-law.

The McGees first learned about Brookdale when they moved Dean’s mother there. Janelle said the center’s activities director staged monthly special dinners using different themes. When the theme “musicals” came up, the McGees volunteered to sing, and the idea of doing the shows grew from there.

By all accounts, the Brookdale residents are thrilled with the results, as evidenced by their applause, laughter and enjoyment during the shows. For Janelle McGee, however, the enjoyment goes both ways.

“I think bringing pleasure to someone else brings pleasure to you,” she said. “I don’t think doing this makes me any kind of hometown hero. It’s just a fun way to interact and take care of people we care about. It’s giving back to the community in a way you would want the community to give to you.”