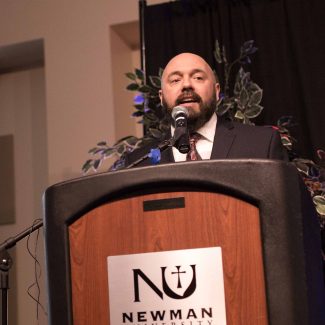 Aero Plains Brewing received the first Difference Maker award. Owner Lance Minor accepted the Murdock Award for Business, an award sponsored by The Wichita Eagle/Kansas.com and given to a business in the community working to make Wichita a better place and help those in need.

“When I first got the call, I thought someone was messing with me,” he said with a smile. “But actually, once I realized this was a legitimate and prestigious honor, I was very humbled and surprised, and I was really proud of the whole team.”

Minor is a Wichita native who lived all over the country during his time as a marine. He recently returned to his hometown and opened Aero Plains Brewing about a year ago. His wife Mary is very proud of him and he credits her for keeping him focused.

“I hope that every Wichitan wants to win this award,” Minor said. “I hope that everybody cares about this place and this community and wants to help one another. We’re all trying to make a difference. That’s what it’s really about. I wish there were more of these awards to give away.”

The Ivonne Goldstein Award for Community Volunteer, which is presented to an individual who through outstanding volunteer community service and commitment is making a measurable difference, is named for the late Ivonne Goldstein, who served on the boards of or raised money for more than 50 Wichita organizations.

This year’s award was presented to Don Barry. 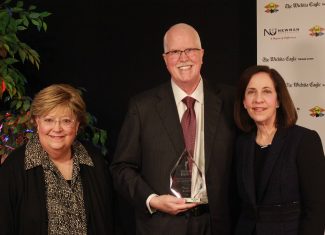 Barry considered the late Ivonne Goldstein a good friend and was very humbled to receive an award named after such an extraordinary role model.

It’s the ability to make a difference, and it may be in just a few people’s lives, or it could be hundreds of lives. But that is the drive behind it.
– Don Barry

“I think for most people that are involved in philanthropy,” explained Barry, “it’s the ability to make a difference, and it may be in just a few people’s lives, or it could be hundreds of lives. But that is the drive behind it.” 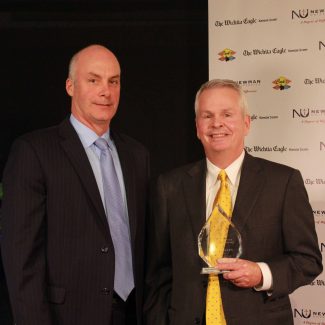 The Russ Meyer Award for Community Leadership is given to an individual making a positive impact in our community through demonstrated excellence in leadership and outstanding initiative to create solutions for critical issues facing the area.

The award, sponsored by Donovan Auto & Truck, was presented to Kevin Mullen, president of Ritchie Associates.

Mullen said, “It’s a tremendous honor, and to be honest, I’m not sure why I’m getting the award because I just did things people are supposed to do. This is the way the world is supposed to work, we’re supposed to be helping other people.”

Mullen has worked with the Lord’s Diner for more than eight years and has played a vital role in its growth. The diner, he said, “has more than 6,000 volunteers that come from all walks of life and all faiths.” 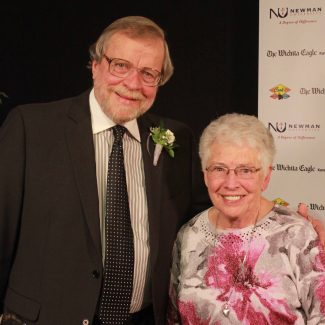 Lloyd Hanna, executive director of the Medical Loan Closet, received the Sister Tarcisia Roths, ASC Award for Not-For-Profit. When he found out he won the award, he said, “I was absolutely floored; this is unbelievable. It’s very flattering.”

The award is presented to a mission-driven not-for-profit organization that is creating a significant impact in the community.

Hanna and his wife started the organization six years ago in their garage.

“We take donations of medical equipment, fix them up and loan them to those that need it,” he said. “We did more than 4,500 units this last year and we have about 20 volunteers that run it.”

Hanna found it ironic that Roths was presenting the award because she was, in fact, one of the first donors to the Medical Loan Closet.

Simpson Construction sponsored the Brian Bergkamp Student Service Award, which was given to high school senior Hailey Colborn, founder of Self Posi. She and other members help young girls learn the importance of self-love. 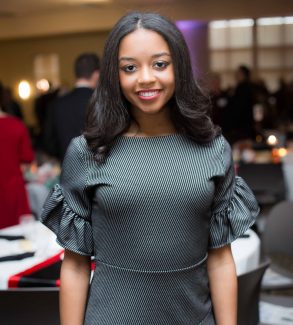 Hailey Colborn, founder of Self Posi.

Colborn started the organization because of her involvement in pageants. She was told she needed to develop a platform, and at the time she was 13 and struggling with self-image issues. She has impacted hundreds of girls in the community by speaking to them about self-positivity and being willing to listen to any issues they’re having.

“Being able to talk with them one-on-one after a presentation is really amazing, said Colborn. “Or when a girl raises her hand in front of all her peers to tell her story, that’s even more amazing. Seeing those girls be so brave and open puts me in awe of them.”

Her mother, Denise, said, “She has been that kid that works really hard to achieve her goals; it’s good to see that she’s an asset to our city. Her confidence has increased as she’s gone through this whole process. When she created this program, she started to really grow and realize she’s beautiful no matter what. We’re very proud of her.”

Colborn will major in political science at Princeton and is also prepping for Miss Teen USA.

Among those honored at the banquet, five Everyday Hero awards, sponsored by Envision, were presented to community members.

The recipients are individuals who do not seek recognition but rather are inspired by an unwavering commitment to the day-to-day service of others to make a positive difference.

The first honoree was Michael Pasco, who started “Coffee With a Cop” at the age of 17. The idea was to help improve trust and build relationships between citizens and law enforcement. About 10 people showed up to the first event in November 2015. Now, the event hosts crowds of more than 300.

Larry Hanafin was honored for his tremendous amount of work on the Christmas light display The Arc of Sedgwick County prepares each year. He plays a vital role in the creation and disassembly of the display that The Arc considers their premier fundraiser.

Janelle McGee brings Broadway to the senior citizens of Brookdale Senior Living. She enjoys performing pieces from popular shows such as Phantom of the Opera and knows how much the residents appreciate her creativity.

Bob Lutz is a familiar name around Wichita. Lutz was recognized as an Everyday Hero for starting League 42, a baseball league for boys and girls ages 5-14. Lutz calls it a labor of love. He enjoys giving youth an affordable way to get out there and play.

Jean Pouncil-Burton founded the Wichita Griots, a group considered one of the 15 affiliates of the National Association of Black Storytellers. The Griots present at schools and other organizations to tell stories, teach character education, and promote literacy.